Claims against businesses by employees for harassment, wrongful termination and other employment related practices have skyrocketed in recent years.  Even if you did nothing wrong, the cost of defense alone could do serious damage to your business. Employment Practices Liability covers both the claim and the cost of defense.  Call us today for a quote on this extremely important coverage!

What is Employment Practices Liability Insurance? 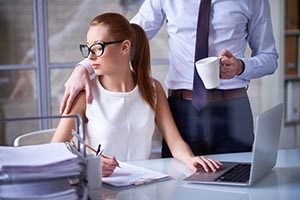 Your business is subject to financial loss from employer/employee claims.  This includes sexual harassment, discrimination, wrongful termination and retaliation. Claims for failure to hire, wrongful discipline and deprivation of career opportunity are also covered.

The above summary is not a policy and is only intended as a brief presentation of available coverages.  The actual insurance policy will provided full details of all benefits, conditions and exclusions.